Our main vision is out of the box thinking, bringing ideas to productions in supporting startups. Prototyping new medical applications for medical software vendors at the database level. Interface development interfacing to HIS/EMRs and other medical device vendors. Our integration engineer’s supporting interface development using Mirth and Cloverleaf interface engines and custom code, from startup medical applications companies to major and small hospital networks. Where our main focuses is supporting rural hospitals. We are in a small project get it done consulting market. Where most of our projects are short term and part time. Our future plans is to offer support into the medical drone market. Where we can help apply our skill set in supporting rural hospitals and clinics in remote areas. Which is why we are a big supporter of open source today. Using our skill set and open source in keeping expenses down in the market. 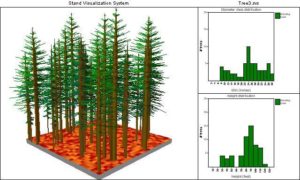 Doing it green.com first open in 2009 building websites and offering website hosting part time for fun. Later in the years as the market flooded it was mainly building one off sites and troubleshooting PHP and MySql code for friends. At one time we had over 70 domains we had owned and supported.  Then latter in 2015 doing it green was moved to Green Bay and LLC. Where I had jumped in it full time. Offering interface development to startups and small hospitals in the US. In 2016 it was moved to Lake Geneva, Wis and moved into a part time roll. Switching gears and moving the focuses back into farming and the drone market for rural hospitals. Where it originally started back in 2000, developing software to predict timber growth for my parents farm in Sweden. We do support small interface projects mainly in mirth and database development for startups.We do host and our own websites and slowly bring them back on line. Where one domain name we have own the name since 1989 called sideline-techs. A group of techs who were available for part time work, repairing electronic equipment back in the day.  I personally have supported and coded on Dec pdp-11 computers back in the 80’s. Where today its a open market in machine learning and quantum computing in python 42 years later. Sideline-techs was LLC in 2020 to sideline-techs llc and located in northern Illinois.